Illustrated Guide to Putting Your Homebuilt Computer Together Now comes the fun part: putting your homebuilt computer together! Here's my step-by-step, illustrated guide to how to assemble a computer.

After days, weeks, or months of planning your homebuilt computer project, it all comes down to the next few hours when you will be assembling that pile of parts that's been sitting on the table into your very own homebuilt computer.

Once you've gathered all of your components, tools, and manuals together, have found a good place to work, and a supply of your favorite beverage, it's time to assemble your new computer.

The pages that follow describe the major steps in assembling a "typical" home built PC. It's a bit dated, but the basic principles are still the same. Technology has advanced, but the basic computer-assembly procedures and steps haven't changed very much since the computer in these pictures was built. 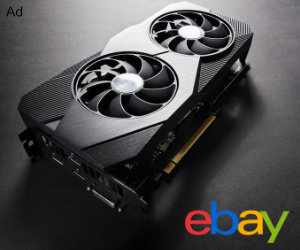 Nonetheless, every computer building project is a little different; so take a few moments to look at your particular computer and plan for yourself what is the best sequence to use.

For example, the design of your particular motherboard and case may make it easier to install the components in a different order than the order that appears here. That's fine.

In other words, assemble your computer in whatever order makes the most sense given the components you purchased, especially the motherboard and case. This site is a guide, not a rule book.

Also take a moment to review the safety and anti-static precautions before going any further. Few things feel quite so bad as ruining a part of your homebuilt PC because of failure to protect it against static discharge.

But first, some words from my lawyer...

It should go without saying that ALL COMPUTER ASSEMBLY MUST BE PERFORMED WITH THE COMPUTER UNPLUGGED FROM THE AC POWER. But my lawyer insisted that I say it anyway. So there. It's been said.

My lawyer also wanted me to mention that this site is intended for adults teenagers, and that younger children need to be supervised by an adult when attempting a computer-building project. So if you're a kid, make sure you have an adult review your plans and help you assemble your new PC. And have fun!

Explanation of This Computer-Building Project The computer assembly project illustrated here is quite a few years old. I've built other computers since then and I always say that I'm going to photograph and document "the next one." But what usually happens is that "the next one" is a rush job, and there's no time to find a photographer. But truthfully, the process really hasn't changed all that much, so maybe next time...

This computer was designed by my brother to enable him to work remotely from home and run standard desktop applications. He didn't need blazing power or high-end audio, so he chose an affordably priced barebones computer kit with integrated audio.

But because he occasionally manipulated graphics, he wanted a decent video card. He chose an ATI Radeon card with 128 MB of onboard video RAM, which was pretty high-end at the time. Nowadays, it would be laughable. In fact, it wouldn't be able to run a lot of the applications we use today at all. But for the time, it was a pretty high-end card.

Take a swig of whatever beverage you're drinking, and put the cup down far away from where you are working. Liquids and computers don't mix.